Travelling with a toddler and baby was an exhausting venture but we fortunately survived, so what did we get up the past weeks and how did we survive?

Trip one (note the use of the word trip and not vacation - for a fun read on this topic ->read this article): Flight to the UK and my brother's wedding!


The logistics for this trip were a big concern. Some of the things we had to figure out were - how do we bring two car seats with all our luggage? Which pram do we bring? How big of a car do we need to rent? What about the size of the suitcase? So many questions going through our minds! We solved them all and did a great job.

When we travel as a family we usually take the CAT to the airport, the convenience of being able to check in the luggage at the train station terminal (we flew Austrian Airlines) and the ease to get the pram on the train (the Sbahn mostly has the high up trains so it is a pain to lift up the pram etc) makes it a luxury worth paying for.
Flight went great although we ended up at the airport a bit too early and had to go to the worst bus terminal at Vienna airport. Looking at planes wasn't enough to entertain Little K as he wanted to get on the "Flugzeug!" Our tip - get there early, but don't get there too early! Last year when we flew to Nice with Austrian, we got one of their small red pillows for Little K and he immediately fell asleep with it, this time we remembered to ask when we boarded and what do you know, the magic red pillows worked again!


Finally we reached the rental car, got the car seats installed, fed Baby M and drove off to the Lake District.

It had been extremely hot in Vienna and I was thrilled to be in the UK with cooler temperates but I forgot how annoying the constant rain is... Arriving at the hotel we parked by the Cottages of the lovely Swan Hotel where the wedding was going to take place at the weekend - unfortunately the hotel had double booked our cottage for the week (I won't go into all this drama but you can imagine how annoyed we were) so we ended up with three hotel rooms where ours had the adjoining room to the kids which meant we went from two kids to three (as my niece was staying with us then) within a few hours! eek! The hotel staff and manager were really helpful in fixing the problem as best they could and we spent the rest of the days enjoying the swimming pool, the various lounges to relax and take over and also eat our way through the bar and restaurant menus.

There was a lot of rain that week, but one morning it was clear and we could even go on the nature walk that the hotel had set up which was really good fun. The big highlights were eating a lot of blackberries, getting close to the steam train and jumping in some muddy puddles... 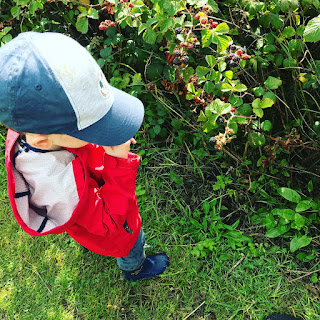 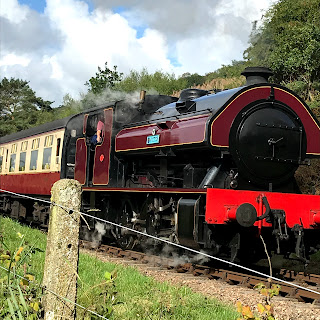 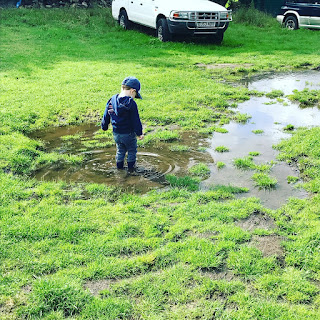 What else did we see and do while we were there?

The wedding was absolutely lovely and it was great to be part of their special day - congratulations again you two! We ended the trip with the special request of the Husband to have Chinese for dinner - we cannot find shredded crispy duck pancakes here or fried spicy crispy beef so that was our final treat (if anyone in Vienna reads this and knows where we can find it, let me know!)


Stay tuned for part 2 of our summer holiday where we drove to the mountains in Austria and had a great week in a chalet with two other families. 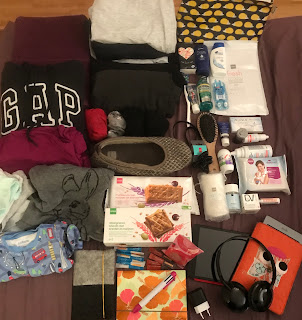